There’s an unidentified source claiming that:

8×8, a VoIP and cloud service provider focused mainly on business customers, is considering selling the company amidst a growing wave of consolidation in the telecom service provider industry segment. Citing unnamed sources close to the company, Reuters reported that 8×8 has been consulting with Morgan Stanley to gauge the interest of other similar companies and private equity firms.

Why would ShoreTel even be interested? Well, besides the obvious,

ShoreTel and Vonage have been aggressively expanding their reach via acquisitions. In 2015, ShoreTel acquired Corvisa, a provider of cloud-based communications solutions, for $8.5 million, enhancing its unified communications capabilities.

With Vonage being just as aggressive, I’m sure they would also like an opportunity to do the same, assuming the claim is true. They’ve purchased four companies themselves, Nexmo, iCore, SimpleSignal and Telesphere.

There is now some hope and optimism that ShoreTel (SHOR) . Over the last 60 days it has been on an upward trend.

The reason is that ShoreTel’s RSI reading is 28.49. What is RSI?

That alone would suggest that there is light at the end of that tunnel. But couple that with a #1 Zack Rank and now things are starting to look much more positive for SHOR

If this wasn’t enough, ShoreTel also has a Zacks Rank #1 (Strong Buy) which puts it into rare company among its peers. So, given all of these factors, investors may want to consider getting in on this stock now (or holding on), as there are some favorable trends that could bubble up for this stock before long.

Source: ShoreTel (SHOR) is Oversold: Can It Recover?

Visit us here for more information on Shoretel Business Phones

In the Cape Cod community of Falmouth, MA. Their committee just voted in favor of upgrading their old, outdated town hall phone system that they are currently using.

Well, using is stretching it a bit. They’ve been having some issues with the phone system over the past year. Over the last few months they haven’t be able to receive any voicemails and the calls are then disconnected after a few rings.

Finance Director Jennifer Petit said because of the failing state of the town hall phone system, the town opted to bring an article to Town Meeting in April instead of waiting to fund the upgrades in November.

“The voicemail isn’t working, so we need to get this done right away,” she said.

Committee member Susan Smith suggested that the new system could be installed even sooner if the project were paid for with reserve funds. Ms. Petit said that would not expedite the installation, however, as a plan is still being worked out for how to switch out the existing system.

Committee member Peter J. Hargraves asked if the new system will be compatible with phone systems in other town buildings. Mr. Lowell said that it will, thanks to town buildings’ connection to the OpenCape network. The fiber optic network has enabled high-speed Internet connectivity. Voice-over IP operates over the Internet.

Their police and fire departments have already went through some upgrades to their phone systems, with the library slated for next on their list.

A VoIP system that costs $65,000 installed, is it worth it? Well. according to the people in Falmouth, absolutely! One of my favorite quotes from committee member Susan Smith was

No mention of the current system they were replacing after 15 years. What’s your best guess? 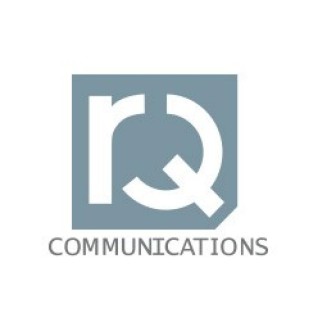